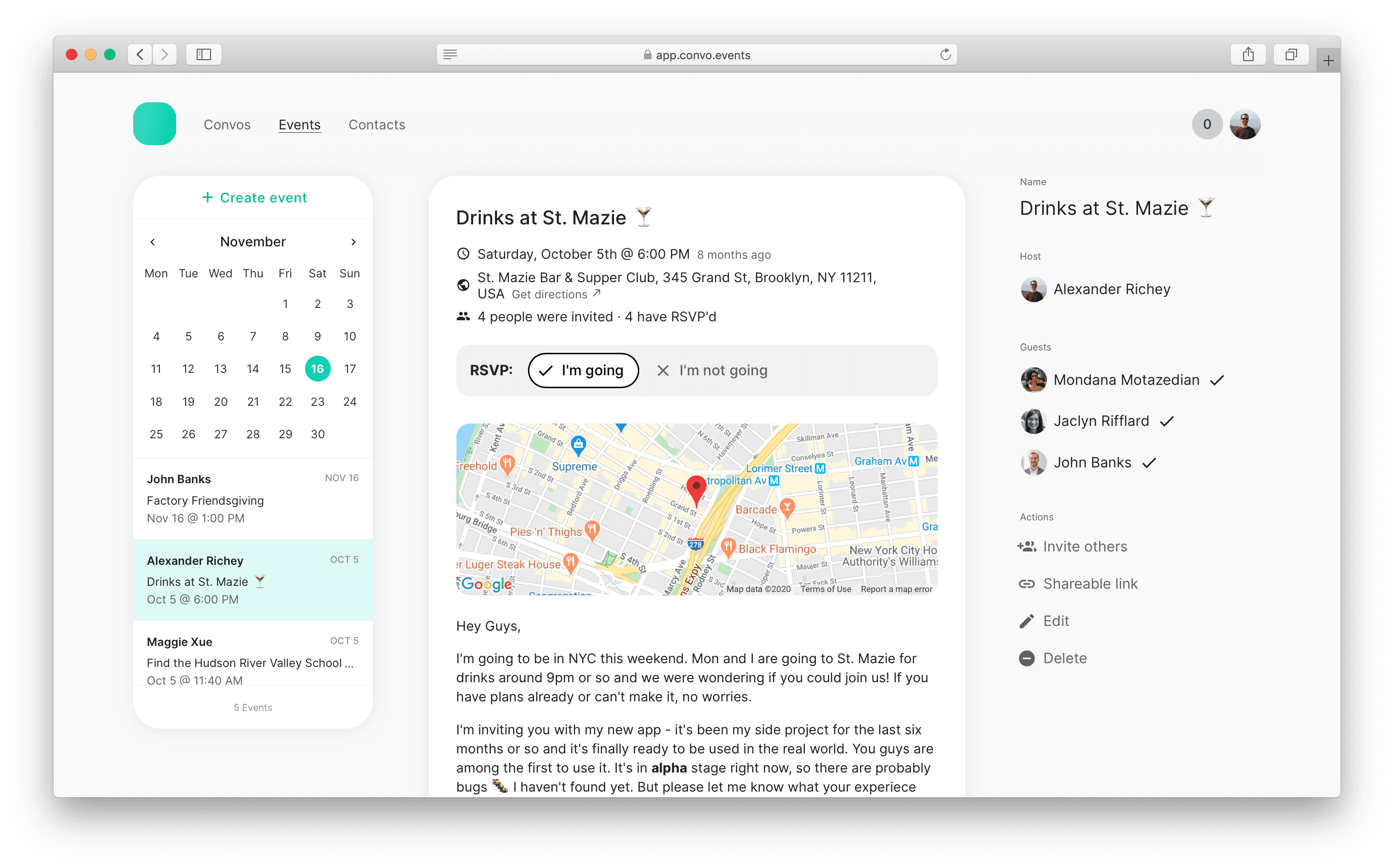 I decided to shut down Convo last week, a project that I had labored on for more than a year. What led me to this decision was that I finally realized that Convo lacked cohesion among its features—it wasn't sure what it was trying to be and I wasn't sure anymore either.

I'm going to keep the code available on GitHub and I'll probably take the site offline after the last couple events that people made pass.

The original impetus for Convo was that I thought there was an opening in the market for events platforms. While there are many apps for creating public events such as Eventbrite and Meetup, there's only a few for private events like birthday or housewarming parties. Facebook remains the main solution, but many people—myself included—would prefer not to support Facebook if a decent alternative were available. So I thought there was an opportunity in the market that I could possibly seize if I built a decent app that focused on mid-sized private events—and had a little luck.

I also had a lot of time on my hands when I started the project. I had just moved to Seattle for a job at Amazon and didn't know anyone in the area when I arrived, so my weekends were open. At work, I hadn't proven myself yet, so I didn't have much to do there either. As a result of these circumstances, I had the time to undertake such a project.

The main problem was that I wasn't particularly interested in building an events app. I wanted to build something—and I am proud from a technical perspective of what I did build—but events just wasn't the right fit for me. This lack of enthusiasm for the product's core feature caused me to treat it more like a playground for my own ideas than a serious project, which caused the product to lose focus as I added unrelated features, which, in turn, caused its demise. 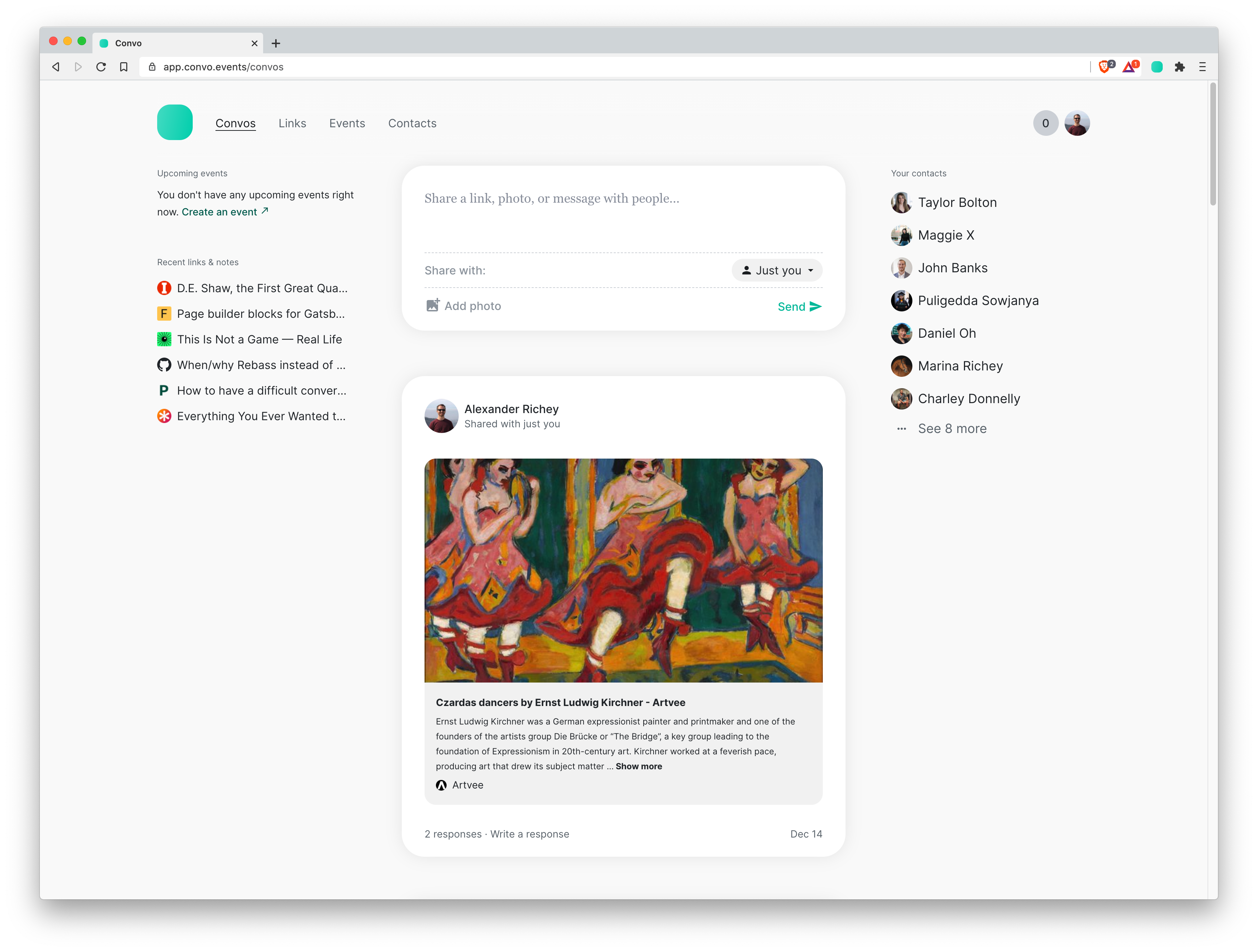 While this outcome is perhaps not the best for obvious reasons, I'm not sure that it's altogether a bad thing. It's not all bad because, in treating Convo as a playground, I came upon an idea for a new product, one which I'm more excited about than I was about Convo and which I believe I'm better equipped to build. I also learned a lot about how to design software in Go and learned some important lessons from mistakes that I made in managing the product and its goals, lessons that I'll take to my next project.

When I try to distill what I learned from my experience into discrete lessons, I can come up with a few, but I'm not sure that, even if I were to go back in time and tell my past-self about these lessons, I could have acted much differently. What I can say is that, on my next project, I'm going to try to get more people involved, make more of an effort to get my judgements checked by others, to consider more opinions, and to write and share more about the building process, both as a form of content marketing and for my own benefit.

I'll miss looking at Convo, though. While not everyone liked its design, I for my part—and maybe it's just because I designed it—thought it was pretty.

Notes on Ben Orenstein's "Refactoring from Good to Great"